SSHH! DON’T DANCE IN THE RAIN!


The projections of social stereotypes and conditioning limit self-expression and the true dance of the being.  The dance is largely chained by roots of deep conditioning of roles that ought to be, roles that fit into a mould that is socially acceptable, social roles, gender roles -The ideals of child, mother, husband, friend, spouse.


Was watching a beautiful Oscar winning movie,The Danish girl. It was about an artiste couple and how the husband realized his sexuality- was that of woman trapped in a man’s body. A powerful love story loosely inspired by the lives of Danish artists -Einar Magnus Andreas Wegener and Gerda Wegener. The movie portrayed Einar’s painful struggles and acceptance of gender identity,against social belief and tradition. With the unconditional love and acceptance of his spouse, he managed to be the first known recipient of a sex reassignment surgery.The movie captures his poignant and powerful journey as a transgender pioneer and a beautiful marital bond that gave wings to personal freedom. Einar didn’t survive the final operation of the uterus transplant, but did die in freedom of being his true self as a woman, as Lili Elbe.

This love story, just makes me wonder how beautiful love (an old school thought) can be? What if we don't really project our social demands of protecting and projecting what out to be as standard operating belief system of society. What if we just allowed others and ourselves to express who we truly want to be. With less repression, will there be lesser crimes?Just makes me want to a say a prayer for humanity increasingly fading into black. A prayer- May there be more love for others and ourselves!

This not just about overcoming gender stereotypes, it is simply as if a child wants to run after a butterfly, maybe, the child is  just trying to discover some colours, neither the butterfly will get harmed nor the child will get hurt. Maybe, it is just like a flame dancing with the wind. 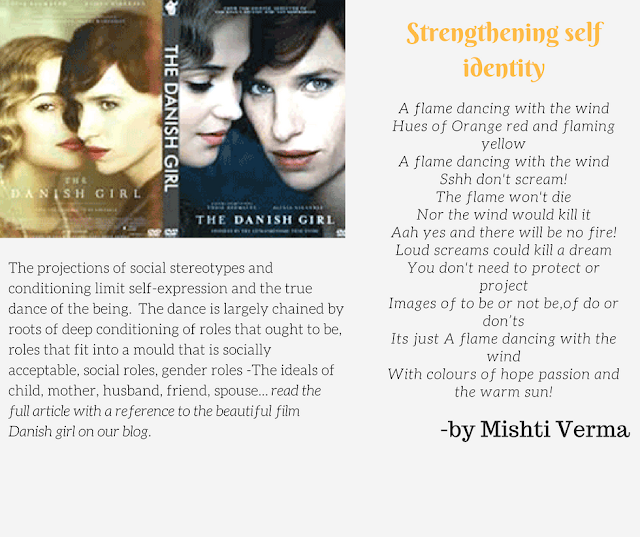 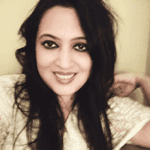